Illegal Chicken Transport about to
continue to Slaughterhouse!
WE CAN SAVE THE ANIMALS!

At 8 pm on the evening of 23.7.2019, a poultry transport with 4720 animals on board was stopped on the A5 highway near Pohlheim after the police were notified by an observant driver. Despite a European-wide ban on long distance animal transport, the animals have been on different highways since the early hours at extreme temperatures of over 35 C in order to be transported from France to a slaughterhouse in Poland. There was no food or water provided and the transporter did not feather any ventilation or cooling system for the animals. 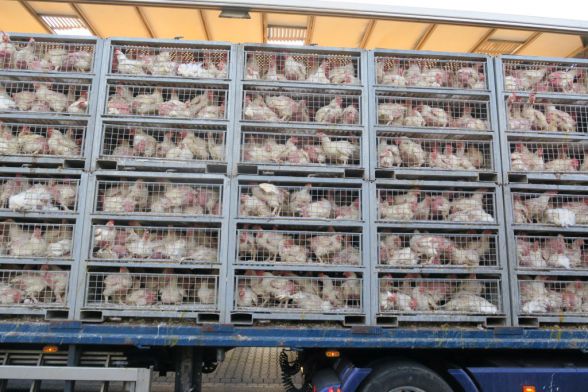 The appointed official veterinarian inspected the transport and reported a gruesome sight of tormented, overheated animals. Around 500 animals were already dead, many more dying. None of the animals would have made the journey to Poland alife.

The veterinarian succeeded in providing food and shelter to the animals after unloading and transferring them to a local shelter. Such quick and decisive intervention by a courageous veterinarian is a fortunate exception in cases like this. The discharge and accommodation of several thousand chickens is hard to organize and we are grateful for that!

As of this writing, the animals are still in the emergency shelter. However, they are about to be re-loaded within the next few days and sent on their final transport to the slaughterhouse - not to Poland, but according to our information, probably to the Netherlands.

We want to prevent that! What was done to the animals is cruel. After an already agonizing lifetime in captivity and the traumatic hours on the transport the chickens are currently in very poor condition! We find it irresponsible, morally unjustifiable and in violation of the animal protection act to re-load the animals for transport to a slaughterhouse at the current time!

We have offered the owner to take the animals in our care back on Friday, 26.7.2019, and also informed the authorities about this offer. We would provide for the care and housing of the animals in the coming weeks and months and organize the transfer to pet-loving individuals according to the main task of our association. Unfortunately, the owner refuses to accept this offer and the authorities seem to find no way to prevent the onward journey or force the expropriation of the animals.

There is only have little time left. The maybe only hope to bring justice to the maltreated chickens is to make our offer public. We can save the animals!

In our current world, animals are hopelessly lost and at the mercy of humans and their destructive anthropocentric attitude. Their billions of enslavement, torture, gagging and killing are justified by our economic greed and legalized by our laws.

It is our understanding that a person who sends animals densely packed at temperatures of over 35 C without water supply and cooling on a transport lasting more than 14 hours commits a violation of the ban of long-distance animal transport. The fact that 500 chickens suffered an agonizing heat-death and the agonies of the 4,200 surviving animals is not reflected in the issued fine. Such crimes should result in the loss of ownership over the mistreated animals.

Our offer remains and stands: we want to take care of the chickens and are prepared to bear all costs and responsibility for the well-being of these animals. Any help in this case is greatly appreciated. 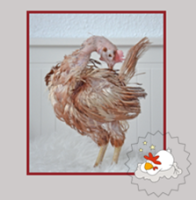 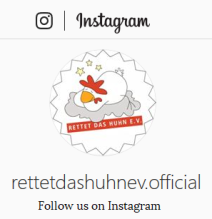 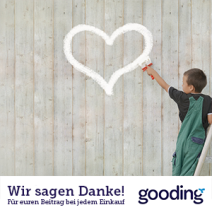